"The moose was having none of it."

Friends, Parisians, lend me your ears!

Today's post begins with a warm-up, a nice little list of some things that have happened this week. While not comprehensive, I think it's fairly representative.

Captures the feel of it, right? Now, back to our regularly scheduled programming.

Last week, I missed a couple first day promises. You trusted me, and I let you down, and for that I deeply apologize. I will be better going forward, except possibly during mid-terms. And finals. And at the end of June, when I have to find a new apartment.

Broken. While "Kate's Law" -- named for Kate Steinle, who was killed by an undocumented immigrant in San Francisco last summer -- has found its way onto congressional lips in recent weeks, President Trump did not mention it to Congress on his first day in office, preferring instead to discuss crowd science and public transportation.

251. On the first day in office, get rid of gun-free zones at military bases, recruiting centers and, in some cases, schools. These zones are like “target practice for the sickos and for the mentally ill.”

Broken. As mentioned above, President Trump and his communications team were preoccupied by a compelling discussion of inaugural history on January 21st. However, even if they had been free to engage in more frivolous pursuits, like gun control legislation, an immediate executive stripping of gun-free zones would have been unfeasible due to a morass of overlapping local, state, and federal laws governing gun-free zones.

Okay, caught up! I think we all deserve an #Alternative30RockQuote before moving on to the promises of the week. 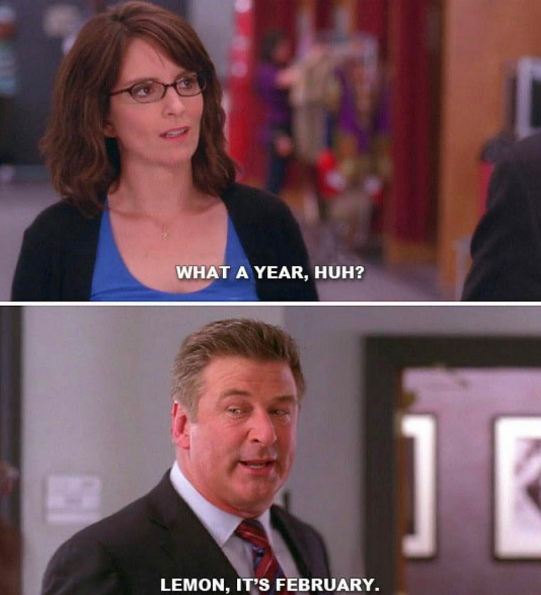 
Broken, unless he cancels an upcoming Mar-a-Lago getaway that could reportedly cost taxpayers up to $3 million. Given his intense criticism of President Obama's decision to occasionally go on family vacations -- a common criticism dating back to Eisenhower's love of golf -- perhaps this is not the most base-consolidating move... even if his new friend, Japanese PM Shinzo Abe, will apparently be joining him on the Mar-a-Lago golf course. (A protest march was even organized in West Palm Beach, but it was cancelled due to safety concerns.)

26. Fully focus on the presidency and put his three oldest children — Donald Trump Jr., Ivanka Trump and Eric Trump — in charge of running his company.


Kept. Kind of? I think the concern over President Trump's continued attachment to his company is less about it distracting him from the presidency and more about the numerous conflicts of interest it poses -- known and yet unknown. Passing control of the company to Ivanka, Donald Jr., and Eric while refusing to divest his assets does little to comfort the Office of Government Ethics.

27. Release his tax returns as soon as an Internal Revenue Service audit is complete.


Broken, and straight from the horse's mouth, though apparently WikiLeaks has offered to do it for him.

Trump Counselor Kellyanne Conway stated today that Trump will not release his tax returns. Send them to: https://t.co/cLRcuIiQXz so we can.
— WikiLeaks (@wikileaks) January 22, 2017

116. “I will not hesitate to deploy military force when there is no alternative. But if America fights, it must fight to win.”


Honest to goodness, I don't know. I'm just going to leave these here:

Kept. So, so freaking kept, in the least presidential way imaginable. Demonizing an entire faith while claiming only to target its most perverse misinterpretation is not security, it is not justice, and it is not American.

166. Temporarily suspend “immigration from some of the most dangerous and volatile regions of the world that have a history of exporting terrorism.” Order the Department of State, Homeland Security and the Department of Justice to develop a list of regions and countries to include. The list will likely include Syria and Libya.

Kept. President Trump's 90-day travel ban on Iranian, Iraqi, Libyan, Somalian, Sudanese, Syrian and Yemeni citizens resulted in 940 people not being allowed to board their U.S.-bound flights, 200 people being denied entry once their flights landed, and hundreds more facing significant delays and detention upon arrival. Over the next three months, approximately 90,000 immigrant and non-immigrant visa holders will be affected by the ban. These are students kept from school, parents kept from their children, patients kept from critical care, regular human beings kept from regular human things like their jobs, their friends, the comfort of their own beds and favorite restaurants. Originally, the ban also included green-card holders, but the White House reversed this position on Sunday under political pressure. The status of dual citizens from banned and non-banned countries, as well as that of Special Immigrant Visa (SIV) holders, seems to remain negotiable.

Whether the president actually consulted State, Homeland Security, and Justice on which countries to include is unclear.

174. Bar Syrian refugees from entering the country and kick out any who are already living here, as they might be “the ultimate Trojan horse.”
177. Do not admit any refugees without the support of the local community where they will be placed.


Kept. The U.S. Refugee Admissions Program has been suspended for 120 days. The executive order to suspend the program also includes a perpetual ban on Syrian refugees until "significant changes" are made, prioritization of future refugee applications for those whose religion is a minority in their country (i.e. Middle Eastern Christians), and a cap of 50,000 refugees in 2017, which is less than half of President Obama's upper limit.

While I'm not aware of any resettled refugees having been removed from the country yet, if the past week has taught us anything, it would be an incredible follow-up diversionary tactic.

213. “Be the nation’s biggest cheerleader for school choice,” use the “pulpit of the presidency” to campaign for expanded school choice in all 50 states and support the election of local, state and federal officials who agree.


Kept. Betsy DeVos, President Trump's nominee to head the Department of Education, is a staunch advocate of school vouchers -- what are school vouchers, you ask? -- whose apparent lack of basic knowledge about our education system and curious fear of grizzly bears has drawn jeers from one side of the aisle and some trepidation from the other. Even as I type, her candidacy remains on tender hooks, with one more dissenting Republican Senator needed to block the nomination. (I'd suggest staying tuned, but if you're reading this blog, you're probably also glued to the news.)

243. Pick Supreme Court justices who are “really great legal scholars,” opposed to abortion and fans of the Second Amendment.


Kept. Neil Gorsuch is a judge in the late Antonin Scalia's own image, though perhaps without the sarcasm... and by most accounts, much less scholarly. He's an anti-choice, strict constructionist NRA darling who previously served in the Justice Department under Bush Jr. (and whose mother served as the head of the EPA under Reagan)! His nomination has been met with deep unease by Democrats -- to put it lightly -- to which President Trump responded with the suggestion of (hopefully metaphoric?) nuclear war in the Republican-controlled Congress. 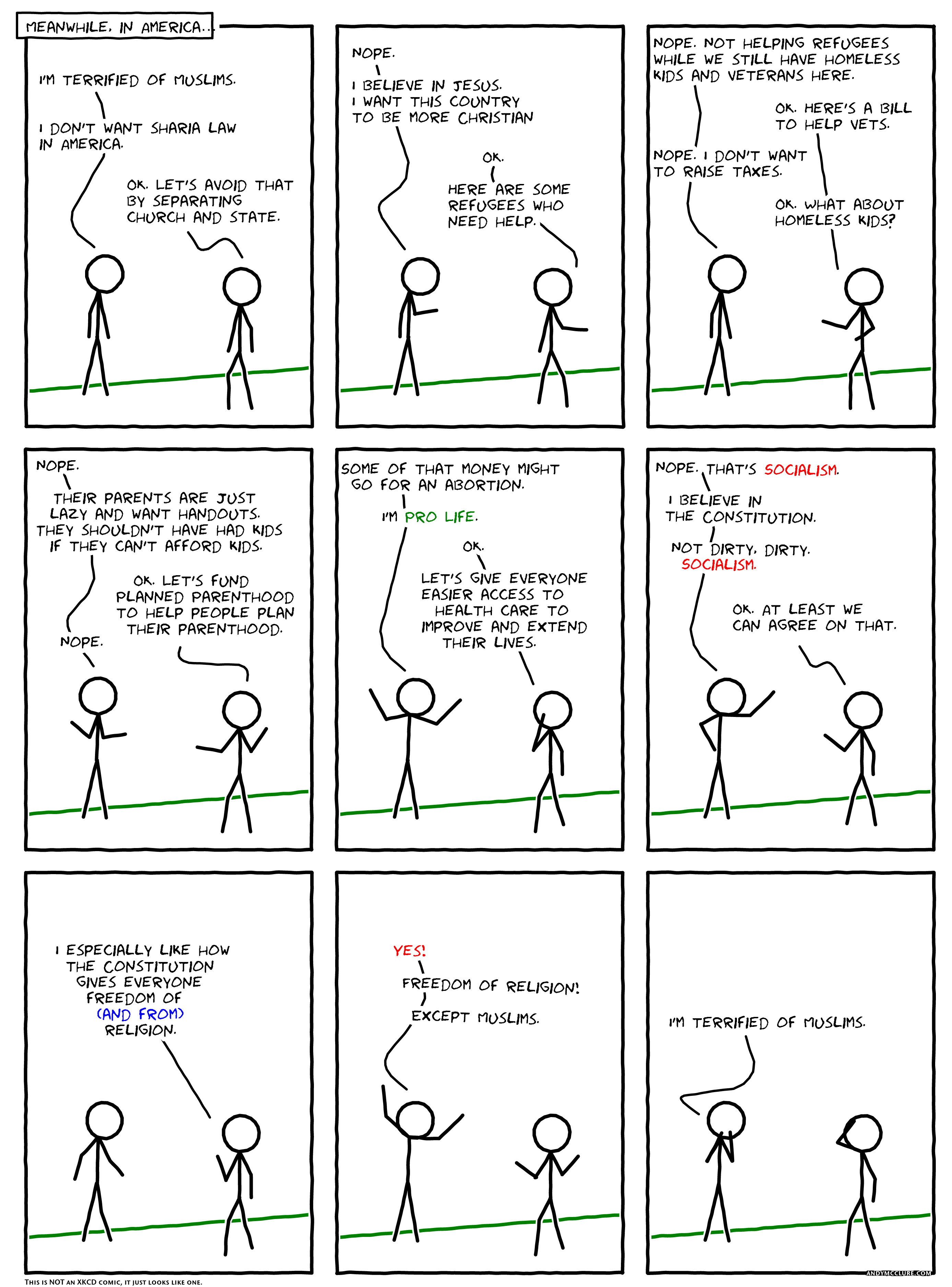 Take care of yourselves out there, my friends, but first take note of this excellent (actually de-stressing!) strategy for calling your elected representatives on the issues of the day, courtesy of a former congressional staffer:

"Friends! As some of you know, I used to work on Capitol Hill as the person in charge of all the incoming phone calls to my Senator's office. I have some insider tips to make calling your reps easier and quicker.

"Hi, my name is Mark, I'm a constituent from Seattle, zip code 98***, I don't need a response. I am opposed to any ban on Muslims entering the United States and I encourage the Senator to please oppose implementation of any such ban. Thanks for your hard work answering the phones!"

This is how I wish every caller had phrased their message. It makes it easier for the people answering the phones and takes less time and emotion than a long script. I know that you want to say why, but keeping it short and sweet helps the office answer more calls per hour, meaning more people get heard. The bigger the tally, the more powerful our voice.

Also, when you're reading off the same script as 100 other callers that day, they can tell.

I still remember waking up on November 9th. I remember cleaning up the bottle of wine and bag of popcorn left in the living room from the ...